IN SAFE (Internet Safety for Europe)

The internet addiction phenomenon in Greece
According to recent results of a survey conducted by the Greek Node’s partner, the Adolescent Health Unit (A.H.U.) of the Second Department of Pediatrics at the University of Athens, among 1021 adolescents in Attica, 1% of Greek youngsters are addicted to the internet and 18.2% of adolescents are at risk of being a web addict.

The survey results, which were presented at the Research and Technology Committee of the Greek Parliament in January 2008, also show that 1 out of 4 pupils use the internet on a daily basis whereas 8% of the youngsters use the internet more than 20 hours a week. According to the survey, the most common reason for internet use is online gaming (55.2%).

Ms. Artemis Tsitsika, MD, Scientific Supervisor of A.H.U. stated: “Up to January 2008, 20 youngsters with internet addiction symptoms had visited the unit”. Mr. George Kormas, MD, scientific collaborator-researcher at A.H.U. noted that the phenomenon of online addiction starts to be apparent in early adolescence (10-14 years of age), indicating also that boys, children with no siblings, depressive or hyperkinetic children, as well as children living in problem families, are more vulnerable to internet addiction. Factors contributing to the development of the phenomenon are loneliness, lack of parental surveillance, or even divorce.

•Problems with family and friends.
•Sense of emptiness when there is no access to a computer.
•Lies about activities. Deteriorating school performance.
•Difficulties in stopping internet activities.
•Asking for more and more time online.
•Feeling euphoria when online.
Physical symptoms:

What you can read next 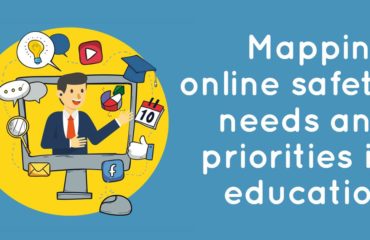